Mumbai, 22nd June 2022: Dhaval Kothari has released “Thaktiyaan”, a rock ballad from his #originals. The Urdu and Hindi lyrics make it one of Dhaval’s most romantic and meaningful indie tracks.

The melody takes you through a rollercoaster of emotions that ends with a sense of wholesomeness and tranquility. The lyrics express the emotions of a man in love and how he views his beloved’s world. He professes his sentiments of the love his heart bears for her, happiness he feels around her and the promises made that are in vain without her presence. The song makes you realize how inseparable the two lovers are.

The live arrangement of Takhtiyan sets out a tone of richness and honesty that the musicians who have contributed to the song bring. The eight part band, with Dhaval as a lead vocalist, guitars by Jobin David, bass by Shubham Kanungo, and drums by Sanchit Mahatre, Tabla played by Akshay Jadhav and Sitar played by Megha Rawoot, bring a magical element to the song. The music is programmed and arranged by Vishal Khatri and flawlessly mixed/mastered by Prasad Maha. Pulkit Jain, a singer-songwriter adds his element to the song by composing it in collaboration with Dhaval.

The Coldplay-esque vibe mingles seamlessly with the sitar and tabla sounds in the mid verses. The eccentric dynamics of this song makes it unique from any other indie-rock songs.

Here’s what Dhaval says about the song, “Watching all my musician friends playing for me live made me elated from within, on the set, they had undeniable energy, and it was great working with such amazing performers. They’re very animated; pop stars in the truest sense. Thaktiyaan is a collaborative song, where everyone poured their creativity and emotions!” 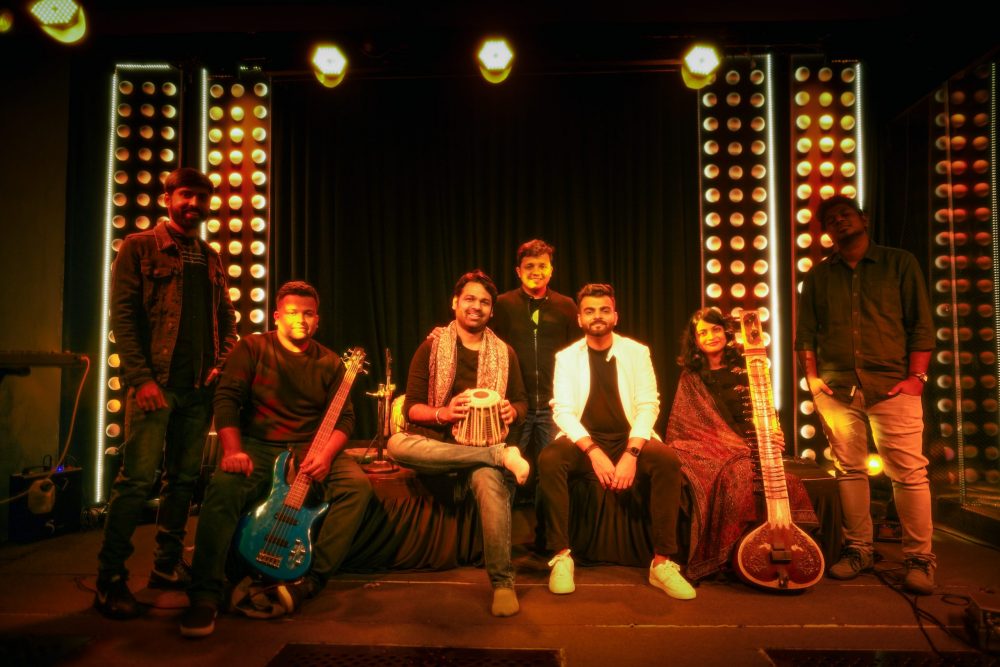 Dhaval has a polyglot and multi-genre profile with a repertoire that contains recreations of many renditions ranging from Indian Classical, Indie, pop and regional folk. Launching his musical series, #Folktales, he drew inspiration from folk music pan-India. A true reflection of Indian Musical heritage, Dhaval spreads his love through his version of nostalgic #Folktales. His versions of Kon Halave Limdi, Kaho Poonam Na, Kesariya Mashup, and many more have crossed over 10 million views on Youtube. Coming from a rich music background, Dhaval has been under the tutelage of various legendary maestros such as Shri Gautam Kale, a disciple of Pt. Jasraj and Pt. Ajay Pohankar to learn the true essence of India music.

Additionally, a unique profile as a Music Business Entrepreneur and a Master’s degree in Music Business from Berklee College of Music, Valencia, Spain, Dhaval has gained an expertise in working with artists and being one himself. Furthermore, he has collaborated with several popular Flamenco artists and created an Indian Flamenco fusion concert series which he performed across the European Peninsula. This journey led him to be a part of the Artist and label partnerships team at Spotify India, where he worked with multilingual artists, guiding them and promoting their music artists across the platform. With plans to release 8 more songs this year, Dhaval is collaborating with various artists across different languages and genres. Starting 17th March, he is psyched to show all his hidden gems and define his individualistic sound in the Indie scene.