Mumbai, 2nd May 2022: Raised in 6 countries, Shuman is a Guitar playing, New-School Trap Rapper based in Mumbai. A Partner and Creative Head at 10th Son Records, he had his hometown, Pune raging to his sound in sold out 300 capacity live shows before relocating. His vocal sound is reminiscent of Atlanta Autotune rappers such as Young Thug, Gunna and lil keed. With aesthetic melodies and unapologetic lyrics mostly in English; this is not an artist trying to conform to the Desi Hip Hop scene or sound.

Always looking to push sonic boundaries, he’s woven Trap tracks such as ‘Dutch’ with his beloved guitar. This artist’s catalogue has no intention of sounding like it came from the gully.

With his new EP ‘Asar’, Shuman intends to provide a soundtrack for every 3am afterparty. Tracks such as ‘Asar’ and ‘Comet’ refer to honest inebriated conversations with women and friends. Whilst, ‘London’’ reflects a stylistic lavish lifestyle. Deep Cuts such as ‘Horse’ are about specifics of clubs in the city of Pune and are favourites amongst its residents. A musician’s musician, Shuman’s produced, recorded, written for and soundtracked over 15 songs in 2021 for other artists including, Palindroma, Tenzing, 2dark, SANG! and Amber. In 2022, he aims to give the party crowd of India a boujee playlist to vibe to. Shuman is essentially a relatable high end club act, someone you’d come to see and rage with on a Saturday. 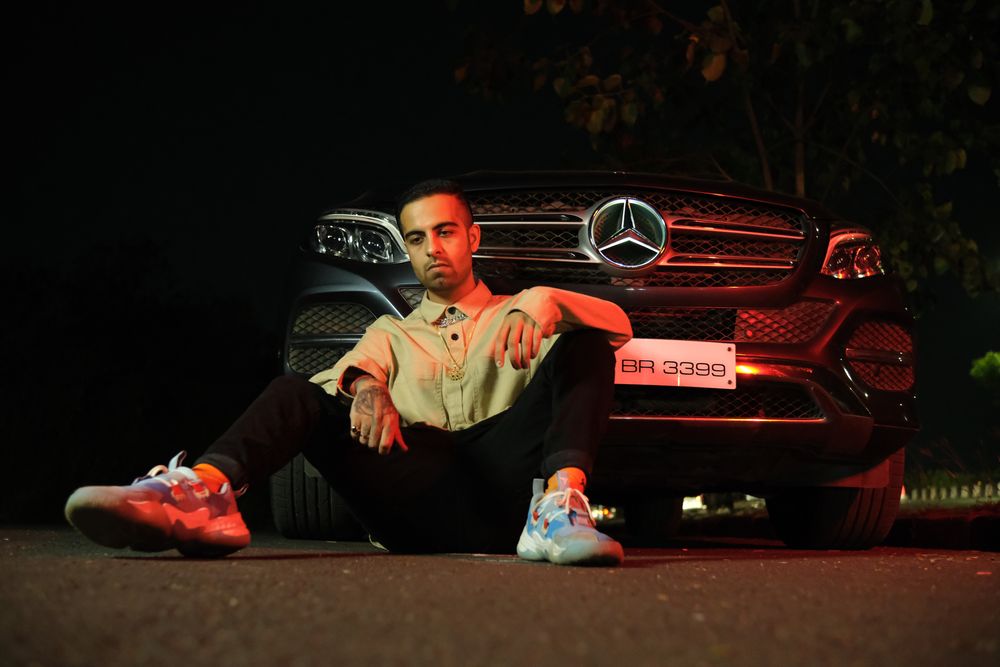 ‘Asar’ was released on April 29th, 2022 on all platforms. The music is mixed/mastered by Nitin M Krishna (Chief Engineer at Grayspark studios/Partner at 10th Son Records) who also mixed songs for the number one movie on Netflix India, ‘Gehraiyaan’. All videos have been shot and edited by Sandeep Gurung (Partner at 10th Son Records) with previous credits for MC Stan,
MC Heem, Tenzing and 2dark. The entire team is from Pune, to provide the most genuine experience of the city and its people.