Shruti Haasan, a multi talented individual, has come up with a new song “She is a Hero”. As the title of the song is, the song itself is a Hero in the message that it conveys. There are no two ways that the song will hit you hard and make you think as well as feel many emotions. MC Altaf has joined her in this beautiful song with his unique and signature lyrics, adding to the overall treatment of the composition. We had a quick interaction with Shruti about topics ranging from this song, music and her life. Here are the excerpts:

So, about the song, it seems like the song has a lot of angst, trying to say something that possibly is not being acknowledged and you are trying to tell people the realities, which also somehow reflects in the sound of the song. What chain of events inspired you to create this song?

There was a line I wrote at a point of time “she has a fever and its burning her up from the inside”. This came from a place of watching female hysteria over the years and the different forms it takes. Usually, my poetry is autobiographical in nature, expressing what I want to say. But here, I wanted to write something beyond me, something that relates to many more people but, at the same time, being expressed by me as a woman, as a part of the environment that I look to represent. Like you say, there is angst to it, but there is also strength to it and that’s what I also want to come across. I have written this song in entirety with Karan Parikh. I like to pen my thoughts as a poetry and I like to write my songs on a piano, that’s how my creative process flows.

What made you collaborate with MC Altaf?

I was introduced to Altaf by Shantanu a few years back. I liked his flow, what he was saying and his overall authentic vibe. I liked his song “Soch” a lot and have been an admirer of his work. Recently, Shantanu Hazarika had an art exhibit called BLCK (also the name of our production company) and he had MC Altaf & Karan performing for the event. I shared a few tracks with MC Altaf and he was interested in writing his verse for “She is a Hero”. I was moved by the references from his life that translated into his verse and was happy see our thoughts aligning in the same direction. With his coming on board, we now had a male’s perspective too, over and above a woman’s perspective, which elevated the message overall for the song.

What’s next after She is a Hero?

I have more music lined up. Although I wouldn’t want to disclose everything, but I can say that the upcoming work will show the side of me which a lot of people don’t know. It is very personal stuff that I will be sharing with everyone, it is about pushing the boundaries as a woman and as an artist. I am super excited about it but would like to share more when the time is right.

Are you going to make music a more consistent focus of yours?

Let me say this, I never had a plan to be a full fledged actor and I have been doing it for 13 years now. My plan was always to be a musician and telling my stories. But life has this amazing ability to throw a curve ball and cinema happened to be mine. Cinema has enhanced my character setting vision which has added to my creative song making process. I intend to have more frequent releases, going on tour, playing live in front of audiences. 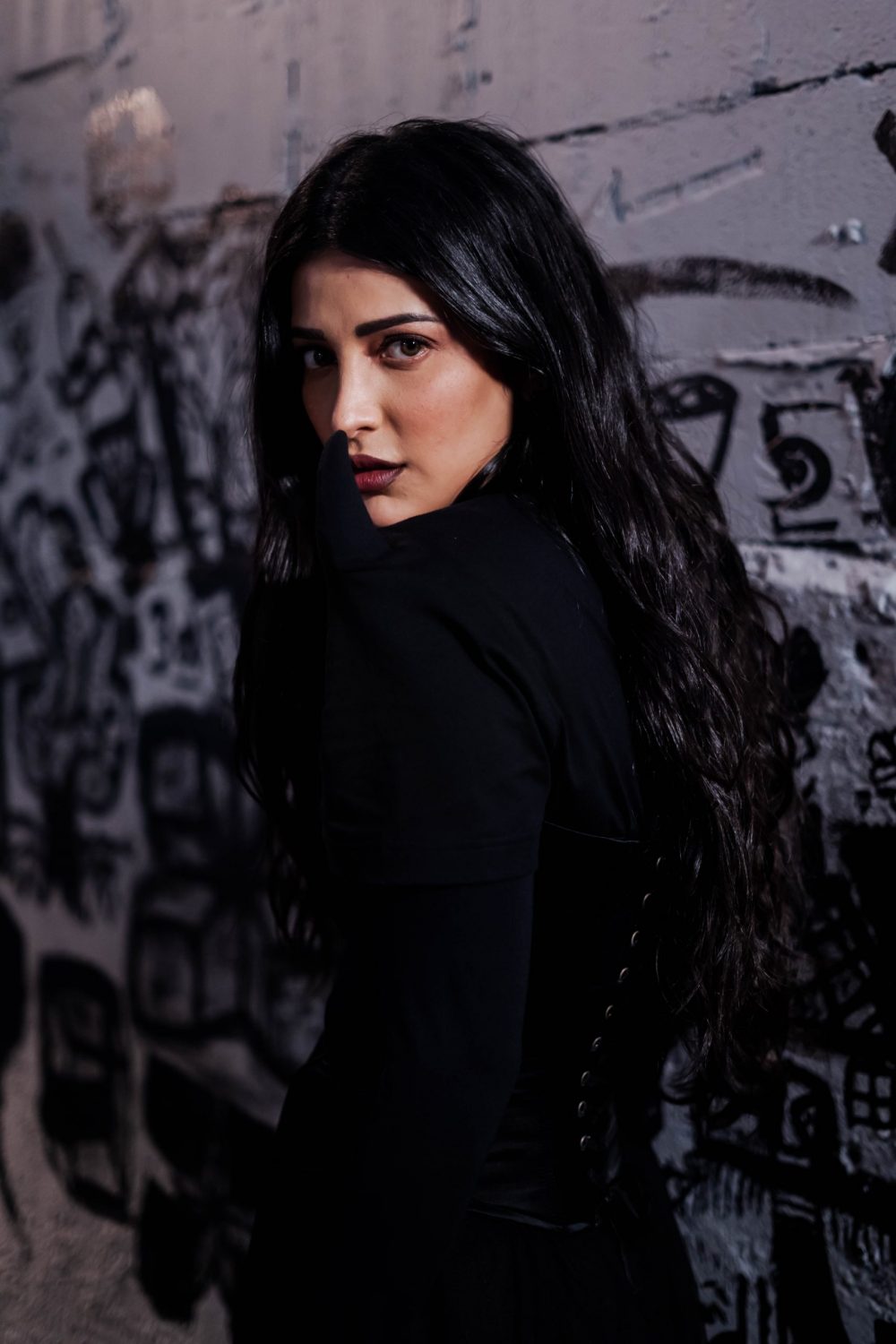 Which medium helps you express more authentically, yourself, as singer or as an actor?

Both of these media are about story telling. When I started out as a musician, it was always about telling a story through a song. Telling my story is the way of my poetry. In movies, I have the privilege of telling other women’s stories. Essentially, I am blessed to be a storyteller in both these mediums and privileged to be authentic as the part of the process in music as well as movies.

Is Shruti Haasan in real life a non conformist, an idealist or a pragmatic person? And how does this get encapsulated in your work?

I think I am all three in a certain way, which is also driven by a number of external reasons. As an actor I have to be pragmatic because that’s the way industry functions. Even your day-to-day logistics needs pragmatism. I would definitely say that I am a non-conformist, not by choice but by design it seems. It was quite a paradox for me as I always found it difficult to be in a certain mould but then I was also in movie business, so had to deal with balancing it out. Today, however, with the acceptance that has come my way, I would like to say I am a proud misfit. I may not be a 100% idealist, but I would say I am creatively idealistic in my own rights. 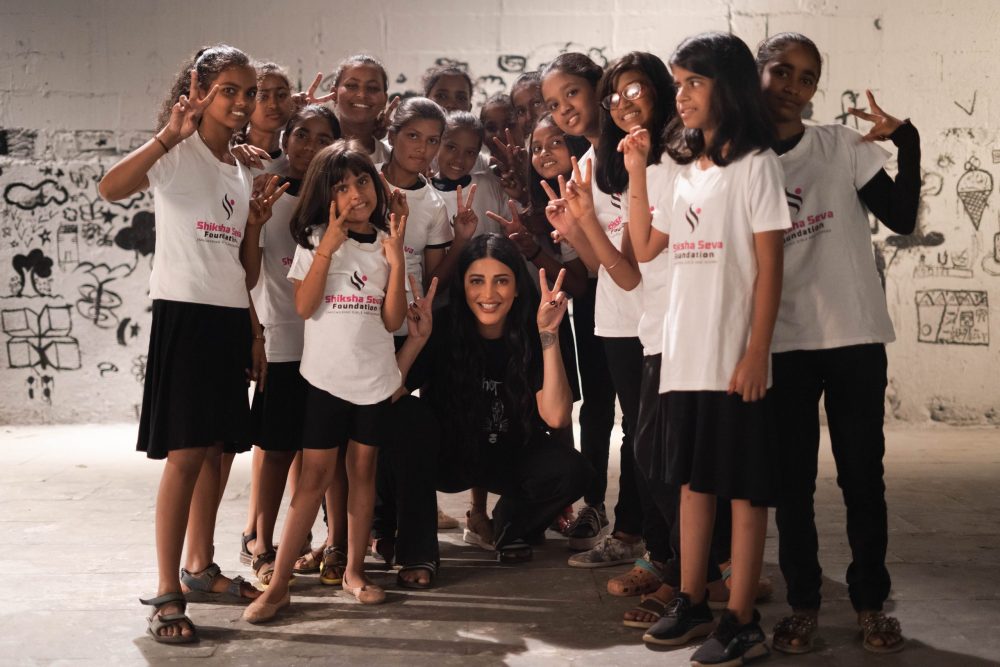 Any message to the fans?

I would say that independent music needs a lot of love and support. Not just my music, but the music of all the independent artists in general. This needs to become a force and needs to be supported by everyone.

Someone who says that she is mis-fit, Shruti is a definitely one person who all “fits” and “mis-fits” should look up to and get inspired from. A lovely individual and even more skilled than what she would modestly accept! Watch her song and feel the vibe with “She is a Hero”.